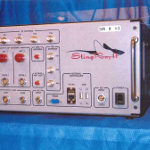 Humans should be free from invisible, ubiquitous and suspicionless surveillance by law enforcement. Surveillance systems are felt unequally among different populations: the poor, people of color, undocumented workers, for example, will feel a much higher burden from surveillance on their communities. As a policy of harm reduction towards these communities and the public writ large, we support SB2343 which enacts the Citizen Privacy Protection Act.

Through Freedom of Information Act requests and later court challenges over public records, Lucy Parsons Labs (LPL) revealed the use of cell site simulators by Chicago Police Department (CPD). Police departments including Chicago Police Department signed a Non-Disclosure Agreement with Federal Bureau of Investigation (FBI) in order to maintain the secrecy surrounding the technology’s use. Lawsuits against groups including an open one against the Office of the Cook County State’s Attorney (a group now also in support of this bill) were necessary to bring this information to light. Our litigation showed that CPD has been acquiring Trap and Trace orders - pg.11, which have a lower standard of proof than a warrant to authorize the invasive cell site simulator technology. In other jurisdictions such as Florida, we know that these devices have been used and law enforcement hides the source of information from defense attorneys.

This legislation will disallow the use of cell site simulators by law enforcement unless they get a court order under the more robust probable cause standard of proof. Law enforcement will be required to delete data that is incidentally collected and will be disallowed from concealing the nature of the cell site simulator in court to judges in order to more easily get judicial orders for their use. Read more on the ACLU of Illinois’ website to read more about the bill.

LPL is concerned about the lack of clear verbiage addressing multiple components necessary for a complete regulatory scheme. The use of 3rd party, private entities contracted by law enforcement agencies to gather data using cell site simulators or other similar devices, and the potential for such a practice to operate in contravention to this bill for intelligence gathering or other uses is not addressed. Additional clear statements are also needed to place time limits on the retention of all data captured with these devices, with additional detail regarding how this data will be stored and used in the future.

Many questions remain to be answered about the use of these cell site simulators by law enforcement - especially regarding how this tool have been used in the past - but this legislation is a step in the right direction.