Much of this last year has shown—more than anything—the importance of community and care for our neighbors with an expectation that “we keep us safe.” While many waited for assistance from the government that never came, dedicated groups across the country have risen to the challenge. Behind the scenes, Lucy Parsons Labs has been working with two mutual aid networks in Chicago and processed over $40,000 in donations for them to distribute food and supplies.

During the summer uprisings against police violence, members of Lucy Parsons Labs worked to support Black Lives Matter protesters. We were engaged on an emergency basis to keep the Chicago Community Bond Fund website running as its servers were overwhelmed with donations. Hundreds of donors across the country raised hundreds of thousands of dollars for CCBF and our support allowed the funds to flow. The collaboration between CCBF and LPL helped quickly release activists from detention and pushed back on repression by the state. 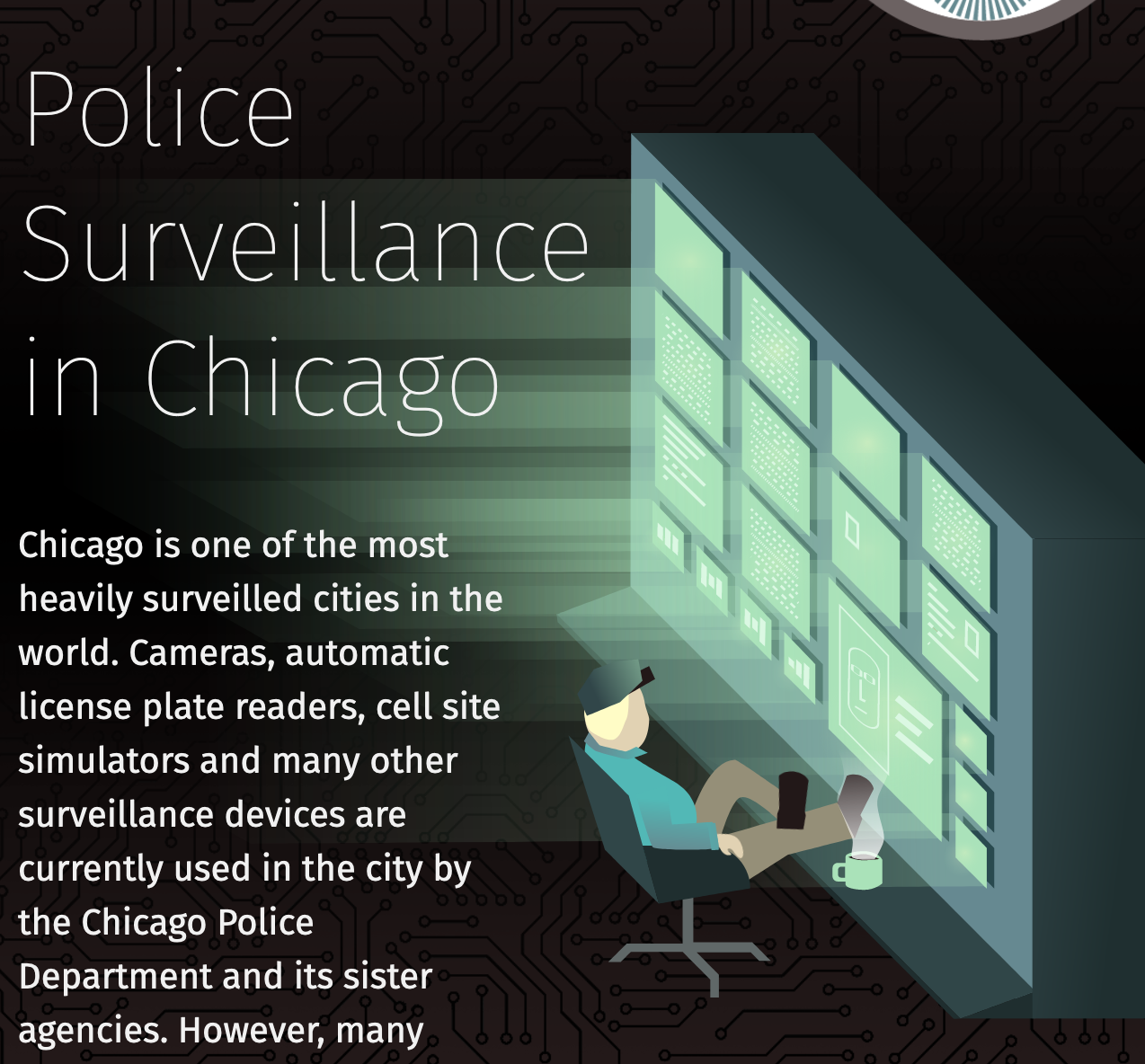 We are incredibly happy to announce a rebooted resource — ChicagoPoliceSurveillance.com — which details many of the known ways police track people in Chicago. The website aims to educate the public on all the tools purchased in secret by CPD. This work was done in collaboration with Yoni Maltsman, who joined LPL as our first ever (and paid!) summer intern. Yoni was instrumental in researching, writing, and editing, and worked closely with our designers to deliver this fresh product. We hope to bring on more interns in the future.

Our flagship application, OpenOversight, expanded to include new police departments, including Evanston, Illinois. The project, a public, searchable database of law enforcement officers, was featured in the New York Times in October.

Even though we are past the winter solstice, we know the next few months will be bleak. But hope is a discipline. We know love and solidarity (and computers) are our greatest weapons. In 2021 we expect to continue to support our mutual aid networks, explore the overlap between academia and police, and educate the public.

Psst… before you go… LPL was recently featured in Defenders of Digital, a series exploring the defense of communities against surveillance. You can view it on YouTube.